The meeting discussed future development plans to promote research cooperation and in-depth exchanges. Professor Tuan expressed that CUHK has been actively participating in the development of the Guangdong-Hong Kong-Macao Greater Bay Area and it is hoped that with the research and innovation advantages, the collaboration plan will serve the major needs and strategic development of the country and the region to be supported by the establishment of a cross-border platform for knowledge transfer. Such collaborative projects will be able to facilitate the cultivation of international-level talents, promote resource sharing and talent gathering toward the construction of a comprehensive national science center in the Greater Bay Area. 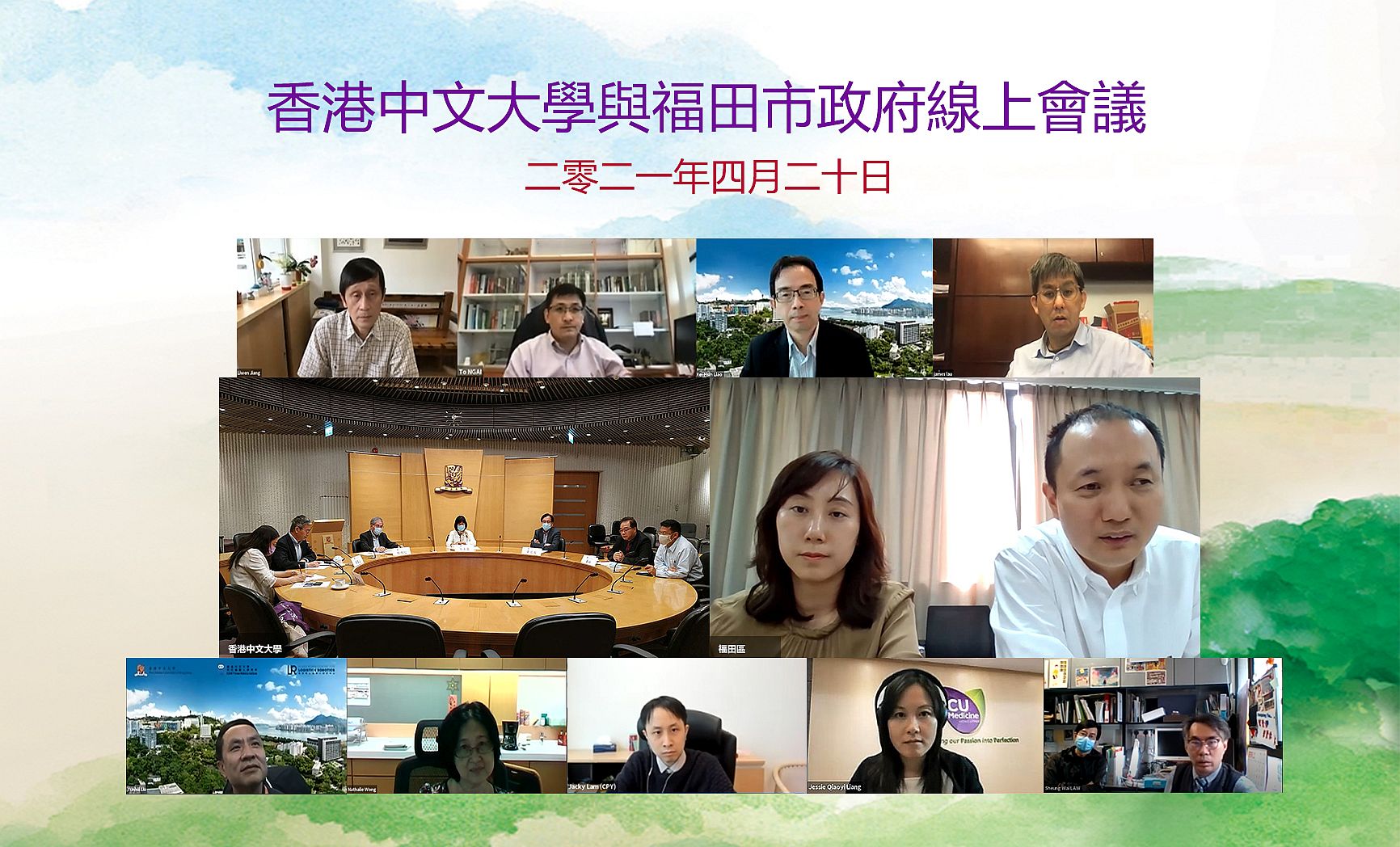 Professor Sham spoke at the meeting to indicate support to CUHK’s participation in scientific research initiatives in collaboration with Futian Government. Professor Qin presented the latest development of FITRI along with the opportunities for future innovation and technology projects in Futian District. Deputy District Mayor Mr. Ouyang shared the updated information of the District and details of its funding policies in research collaboration. The meeting enabled CUHK members to gain a better understanding about the Futian Government and its funding details, facilitating application submissions for research projects in Futian.

CUHK and NTU have established partnership at university level since 1998. The two universities have been maintaining close relationship in a wide range of areas. Both CUHK and NTU are members of Association of Pacific Rim Universities and PINE League, engaging in academic and research platforms as well as student exchange activities for continuous partnership development.

Both universities reviewed the past collaborations and updated each other on recent developments at the meeting. Progress of the joint initiatives was reported and future plans were discussed covering joint laboratory of the Chinese University of Hong Kong and the University of Macau, the development of scientific research cooperation projects, the joint cancer laboratory, Guangdong-Hong Kong-Macao joint laboratory, Guangdong-Hong Kong-Macao University Alliance for Chinese. New projects were explored to further expand the scope of cooperation and strengthen exchanges.

Since 2006, CUHK and UM have established partnership and been collaborating in many areas such as student interflow and research projects.